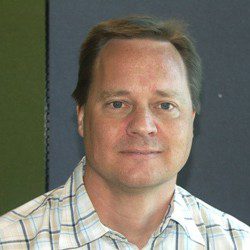 A successful, experienced technology leader in the field of wireless data solutions, especially in the machine-to-machine (M2M) industry, Johnson is Chief Architect and co-founder for Able Device.  Johnson has successfully managed and brought to market wireless data software and hardware products for both start-ups and Fortune 500 companies.  He has over 20 years of software engineering experience, with over 16 years in wireless data systems.

Johnson founded Softmaxx Inc. in 2006 to address one of the most difficult and under appreciated problems facing cellular wireless data systems – the difficulty in using a public cellular network designed for people, in an all-machine environment. The Linkmaxx™ family of software products is designed to address this challenge.

From late 1999 to 2004, Johnson led the global software development team for Sony Ericsson’s M2M division consisting of an engineering team in the United Kingdom and a team based in Research Triangle Park, North Carolina. During that time, he brought to market several key cellular products for the automotive, telemetry, and consumer product industries while growing the size and competence of the engineering team. In mid-2004, while working on his MBA, Johnson took on the role of Competitive Analysis Manager responsible for defining and building the competitive analysis group. After establishing the competitive analysis team, he moved to a Strategic Product Planner role responsible for wireless software strategy and new software product design.

Prior to his roles at Sony Ericsson, Johnson was located in Victoria, BC, Canada where he served as Software Manager for a start-up company. While residing in Victoria he also founded two start-up companies: one company specialized in custom software development and IT support and the other company created wireless data routers for VHF radio networks.